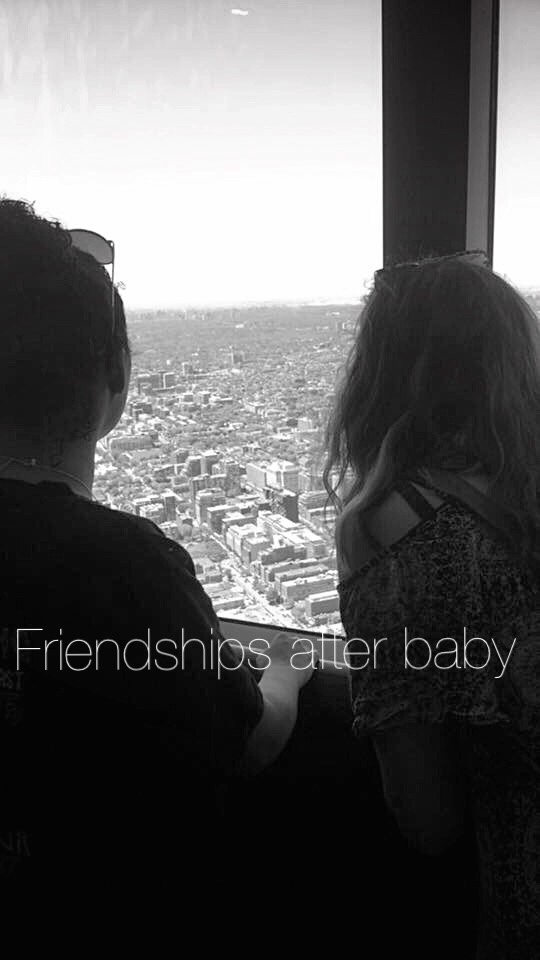 So here’s some tea,

Friendships just like relationships go through their bumps and hurdles. One bump in particular is a baby bump. Once you start having babies your friendships change. Especially if your friends aren’t at the baby point in life yet. Which there isn’t anything wrong with that, it’s not for everyone. Plus everyone has their own path and journey in life.

I, myself have never been a big partier. I would make excuses out of going out. Let’s just put it out there once again, I’m a HUGE introvert. So when I announced I was pregnant nothing changed but people’s expectations of me. People thought I should soak up my last moments before I transitioned into motherhood. I thought otherwise, I was constantly sick with my daughter so going out was hard for me. When I say sick I don’t mean one or two times. I mean three or four times a day coming out of my nose type of sick. I was constantly bailing on my friends and I felt that it made an impact on my friendships. Only until I posted a picture people finally saw how frail I was due to the morning sickness and I wasn’t milking it.

Although I was lucky enough to be pregnant around the same time as two of my friends. Therefore as my pregnancy progress they became my “go to” people I texted everyday because they understood. I didn’t feel so alone with them any ache or pain they understood and didn’t judge nor think I was complaining. Not like my other friends thought I was complaining but let’s be real no one really wants to hear that your back is throbbing everyday or your glucose test took forever.

It was eye opening though to see people’s reactions and behaviours after the birth of my daughter. It takes events in life to realize who is there for you and who isn’t. I have a few friends who still haven’t met my daughter or only seen her once. Not because of geography just because they have their own stuff going on. Which no shade or anything like that, I understand but It does hurt a bit.

One thing many people without children don’t realize is late night events aren’t easy for us. I would never say make plans around people with children because that’s ridiculous but don’t get upset if one of us or neither can attend because we have a child. I’m sorry, my daughter still relies on me for bed time plus I don’t expect someone to watch her so I can go out. Maybe when she’s older it’ll be different but not right now.

The dynamic of relationships on any level change when you enter a new phase in your life. As you see the one that took the most hits was my friendships. You learn to accept your relationships for what they are and move forward. I’m still not about to go out drinking or partying anymore but I’m okay with that. My life has steered in a new direction and I’m happy. I appreciate the friends who have stuck by me, who love my daughter like their own, who are abroad but close to our hearts and my new mommy friends.

This wasn’t to throw shade; this was more to shine light that being a mom is hard work and sometimes friendships can be affected by that too.

Walking through motherhood with no filter View more posts